There’s still no cure for the disease, but many treatments can slow its progression. Here’s what to watch for. 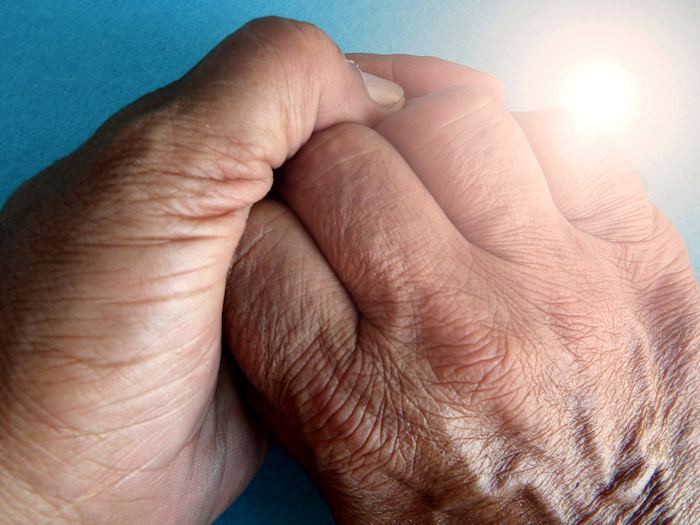 No one knows exactly what causes Parkinson’s disease. What we know: It’s a neurodegenerative disorder that affects the substantia nigra, an area of the brain that controls balance and movement.

There’s still no cure, but many treatments—including prescription meds, surgery, and exercise—can help slow the disease’s progression. Provided, of course, you know you have it.

Parkinson’s disease is characterized by tremors, stiffness, and difficulty with movement that worsens over time. But if your hands seem a little shakier than they used to be, don’t panic. The early warning signs of Parkinson’s are more specific than that, says Amit Sachdev, M.D., an assistant professor and director of neuromuscular medicine at Michigan State University.

Here are some key symptoms to look out for.

Many people quiver a little when they feel nervous or after exercising a lot. But if your finger, hand, or thumb is shaking for no obvious reason, it might be an early sign of Parkinson’s.

Usually the tremors occur only on one side of the body, or they’re worse on one side versus the other, Dr. Sachdev says. They typically start in the hand, but can also happen in the arms, legs, feet, and face.

People in the early stages of Parkinson’s often develop a stiff gait, though it can be hard for you to detect this change on your own, says Daniel Franc, M.D., a neurologist at Providence Saint John’s Health Center in Santa Monica, California.

It isn’t just about having stiff knees or creaky hips, which can be common as you get older. If others have told you that you’re no longer swinging your arms the way you used to when you walk or that you’re shuffling your feet, talk to your doctor.

You might also feel “frozen” at times, Dr. Franc says, though that tends to happen later as the disease progresses.

Many seniors have arthritis in their fingers, which can make it difficult to write. But if your letters suddenly look smaller or more crowded together, that might be an early sign of Parkinson’s.

It’s normal to have trouble smelling when you’re stuffed up due to a cold or allergies. If that’s not the case but you’re still having difficulty smelling—especially bananas, licorice, and dill pickles—then it’s possible Parkinson’s is to blame, according to a study in Neuroscience Letters.

What to Do If You Notice These Signs

If you’re concerned about any Parkinson’s signs, call your doctor for an evaluation. Other conditions may cause similar symptoms, so your doctor will want to rule those out.

If you do have Parkinson’s, early diagnosis and treatment can help slow the progression of the disease. “It can greatly improve the quality of your life,” Dr. Franc says. “The earlier it’s detected, the better.”

What else can help: social support and exercise—and you can find both with SilverSneakers. Follow these six rules for exercising with Parkinson’s disease.