The average menu is filled with nutritional landmines. Watch for these markers. 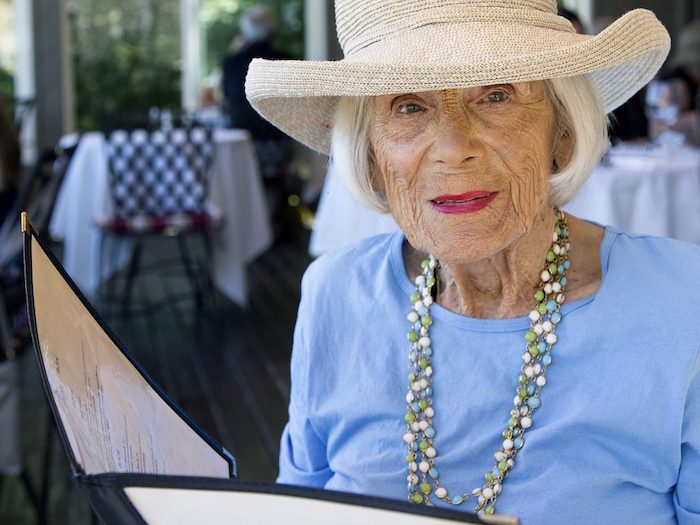 In the case of The People versus Fast-Casual Dining, we’d like to call to the witness stand the Applebee’s Crispy Chicken and Cornbread Salad.

This entrée, your honor, should be locked up for life. Consider the evidence: 1,400 calories, 94 grams of fat, 205 milligrams of cholesterol, and 2,660 milligrams of sodium. In a salad!

And hefty meals aren’t limited to chain, fast-casual restaurants. One study found that meals at non-chain restaurants have an average of 1,200 calories—more than half what most people should consume daily.

That’s because, despite increasing public awareness of the nutritional booby traps hiding on menus everywhere, the restaurant experience is still centered around sending customers home full and happy. That means bread and butter, loaded this and fried that. And pie. Because who can say no to pie?

On the positive side, restaurants are now offering more healthy options than ever. You just need to know where to look. You also need to beware of the biggest health trap of all: portion size.

“Portions at restaurants are also significantly larger than they should be,” says Rebecca Noren, R.D., a dietitian and culinary marketing manager for Chef Ming Tsai. “They range anywhere from 100 percent to 500 percent larger than they were 30 to 40 years ago.”

To indulge without overeating, Noren recommends asking for a box with your meal when you order and setting half aside as soon as it arrives.

Of course, make sure you’re filling it with mostly good stuff. Next time you open a menu, beware of these 15 words, which signal excess sodium, sugar, fat, or calories—and a catastrophe for your waistline. Don’t worry: You’ll find tips for healthy swaps here too.

A glazed dish is almost always higher in added sugar than any entrée ever should be, says Malorie Blake, R.D., a dietitian and founder of Wholesome365. This holds true for glazes made of honey, BBQ, teriyaki, or any other healthy-sounding sauce.

Get a taste of the good stuff with a sprinkle of cheese or a dollop of sour cream instead.

These are all synonyms for fried. Heaping sides of fried potatoes are a major offender here, but even the healthiest piece of fresh fish can become a fat trap after a dip in the deep fryer.

Instead, Noren says, ask for something steamed, broiled, baked, or grilled—all of which are cooking options that bring out flavor without sacrificing nutritional value. Bonus: These preparations can be kinder on the belly too. Fried foods and excess fat can cause stomachaches.

“Salads can be a healthy eater’s best—or worst—friend,” Noren says. Unfortunately, most are filled with bacon, croutons, and other nutritionally worthless additions. Or in our Applebee’s salad case: cornbread croutons.

Often, the worst offender is the dressing. “A cream-based dressing is typically a bigger calorie bomb than an oil-based one,” Blake says, “but sodium content is usually high across the board.”

Your best bet: plain oil and vinegar. You’ll get some fat from the oil, but it’s in the form of heart-healthy monounsaturated fatty acids. If you can’t say no to ranch or thousand island, order it on the side, and use sparingly.

When it’s low-carb, it’s usually high-something-else, most often fat or sugar. The exception: Low-carb items in the low-calorie part of the menu are generally safe, Noren says, though actual calories are often higher than the stated number.

Items like fried rice and spaghetti are as popular as they are nutritionally bankrupt. “These will fill your belly with carbs and cause spikes in your blood sugar,” says Karen Lau, R.D., a dietitian and certified diabetes educator at Joslin Diabetes Center in Boston.

If you’re dining at an Asian, Italian, or Mexican restaurant where these items are featured heavily, look toward a healthy protein for your main course, and enjoy a small helping of rice or noodles on the side.

Even better: Ask your server if the restaurant offers brown rice or whole-wheat pasta options, both of which offer more fiber and staying power than their refined white counterparts.

If you order steak at a restaurant, expect a plateful of calories and fat. But you can minimize the damage if you know your cuts.

These three are all extremely high in fat and saturated fat, with the ribeye averaging 35 grams of fat and 12 grams of saturated fat per 8 ounces.

Lau says the lean cuts you should look for won’t have much marbling—that’s the visible fat on steaks. A good option: sirloin, which averages 11 grams of fat and 4 grams of saturated fat per 8 ounces.